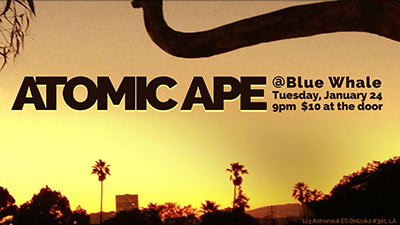 Tracking session for the new album at Seahorse Sound in Downtown Los Angeles!!

Upon completion of two US tours with underground legends, Secret Chiefs 3, 2014 proved to be our busiest year yet. Directly following our last tour, we went straight into the studio to lay down the tracks for our second full length album. The album was recorded live to 2" tape in San Francisco's own Lucky Cat Studios. Stay tuned for more updates as we complete the album!


Come see us on our last LA show before the tour! 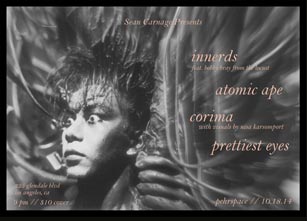 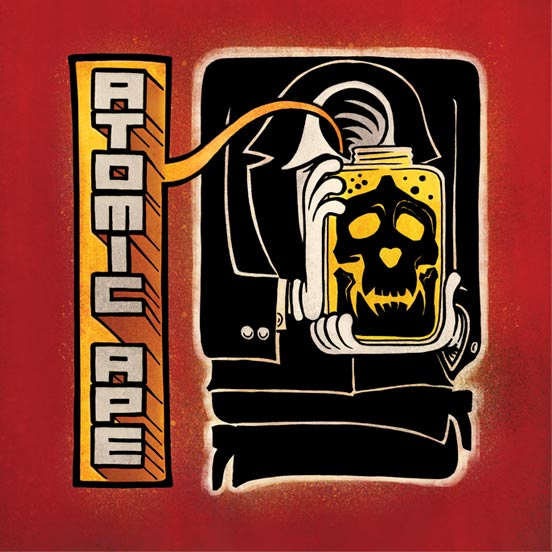 Order Rampage here.
We will also have it available for sale on tour!

Check out a recent live performance of "Penumbra": 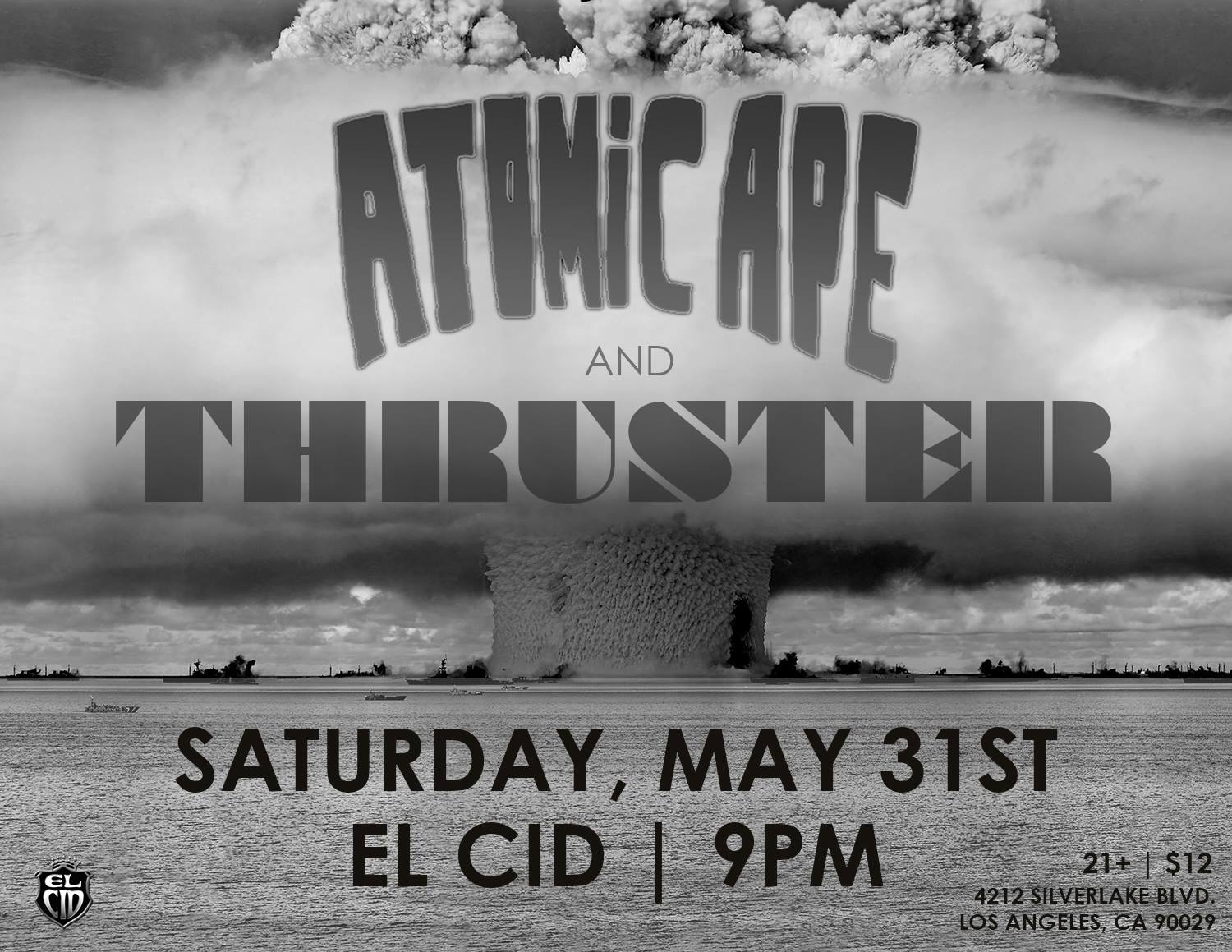 New merchandise is now available in our online store.

Swarm west coast tour with Secret Chiefs 3 is complete. Big thanks to all the fans for coming out and supporting us on our debut tour! Next on the agenda is hitting the east coast, which we hope to do in fall of this year. So stay on the lookout! 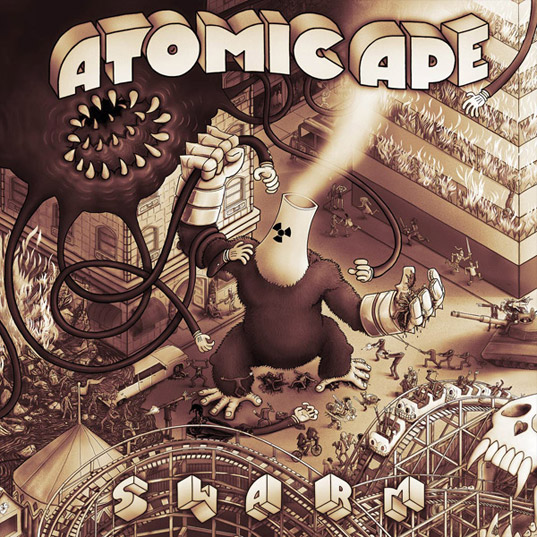 You can now buy the CD here!

Here's some good news for fans of meticulously crafted instrumental music and records with major production efforts behind them. Mimicry Recordings artists formerly known as "Orange Tulip Conspiracy" have returned with a new lineup, a new sound, a new name (Atomic Ape) and most exciting of all, a new album called Swarm. The now-LA-based unit is still led by Jason Schimmel (Estradasphere), who has been honing this project for many years at studios in Seattle, San Francisco, and most notably at his formidable commercial studio in LA, The Bunker. He says it took over 4 years to record from beginning it to completing it… maybe he contracted some time-dilating virus during his time playing bass in Secret Chiefs 3 (rumors of him working on some of these tunes as far back as 2008 have been circulated). Also there's the cast of 25 musicians involved beyond the core live band, among them Mimicry-familiar names like Trey Spruance, Eyvind Kang, Tim Young, Devin Hoff, Jessika Kenney, Dave Abramson, Timba Harris, Steve Moore, and other heavy luminaries like Joe Doria, Danny Frankel, and Mike Stone. With the ethic of seeing something worth doing all the way through, and doing things the hard-but-right way for the musical aesthetics of the project, Swarm was mixed to 1/2" tape using only analog outboard equipment (this last step manned by the eminently capable Mimicry-familiar Justin Phelps). It's details like this - above all the care and consideration - that make the surf-drenched alternate universe of lost TV-land cop show soundtracks with 80 billion styles of music found on this record actually work - brilliantly. Mimicry is always proud to offer records like this one, those self-produced obsessions that go beyond the man hours, the massive track counts, the densely layered sections, meticulous packaging and art, and the dizzying range of musical styles and performances from all those heavy players... beyond all that, into the details!

BIG NEWS!!! Our new record Swarm is all set to be released in late January 2014 on Mimicry Records, directly followed by a west coast tour opening 5 shows for the legendary band Secret Chiefs 3!!! We are also going to be headlining a few shows along the way. A complete schedule of show times, prices, and accompanying bands will be announced shortly.
Here's the tour dates:

What began as Orange Tulip Conspiracy has mutated into an all-new lineup with a whole new sound. You'll be able to witness the evolution soon, as the debut full length album, Swarm, is dropping in 2014. More details coming! Please like our new Facebook page to stay in the loop. 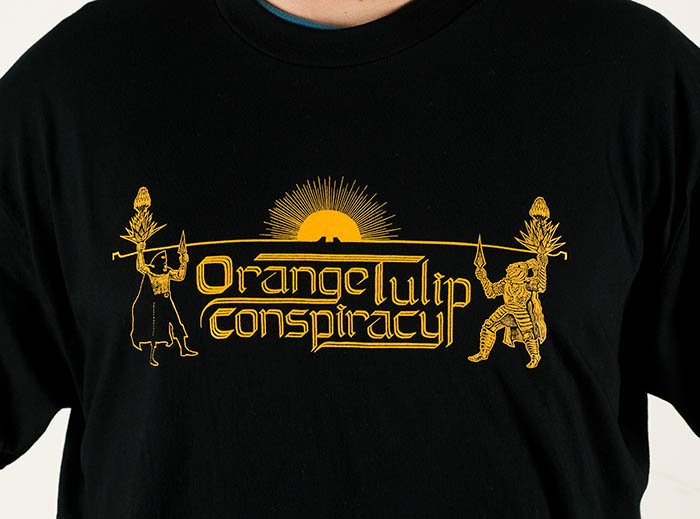